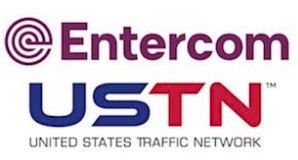 The United States Traffic Network skidded off the road on Wednesday, according philly.com.

The troubled traffic-information company, based in Malvern and caught up in a business feud with Entercom Communications, announced that it would cease supplying traffic data and on-air traffic updates to radio stations on Friday, effectively shutting down the business.

The United States Traffic Network also recently told Pennsylvania Department of Labor and Industry that it would close its Malvern operations office on Oct. 20, with 118 people losing their jobs.

"All USTN radio employees have been released from all non-compete and non-solicitation agreements and every station and client will be given service for a limited wind-down period," USTN said on Wednesday in a statement, noting that it has hired liquidation agent Gavin/Solmonese LLC to coordinate the shut down.

United States Traffic Network's demise had been expected for weeks after Entercom, the nation's second-largest radio group, terminated its contract with the traffic information provider.

But Entercom said that USTN failed to pay millions of dollars of its advertising cut this year, leading to acrimony.

"We are relieved to no longer be mired by the difficult USTN situation that was inherited as part of the CBS Radio merger. We will move quickly to augment our strong internal sales organization to ensure that we realize the full value of this inventory," Entercom president and CEO David Field said in a statement earlier this summer.

After filing a $5 million lawsuit against Entercom with big fanfare back in July, United States Traffic Network issued a short statement Wednesday announcing it has “agreed to cause the dismissal, with prejudice, of its litigation against Entercom.”
Posted 3:40:00 AM