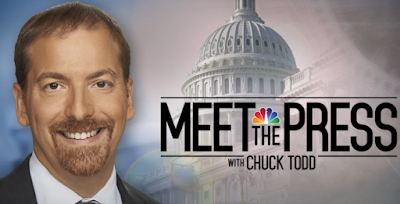 NBC News anchor Chuck Todd is blaming Roger Ailes for creating a hostile environment toward the media, arguing in a new op-ed that the late Fox News chairman and CEO, along with Rush Limbaugh, Matt Drudge and current Fox hosts Sean Hannity, Tucker Carlson and Laura Ingraham, are "exploiting the fears of older white people" in an effort to gain more wealth and power. reports The Hill.

The "Meet the Press" host also said in The Atlantic that "there's a new kind of campaign underway" to "destroy the legitimacy of the American news media" that has made reporters targets of animosity not seen since the segregated South.


"Bashing the media for political gain isn’t new, and neither is manipulating the media to support or oppose a cause. These practices are at least as old as the Gutenberg press. But antipathy toward the media right now has risen to a level I’ve never personally experienced before. The closest parallel in recent American history is the hostility to reporters in the segregated South in the 1950s and ’60s.

"Then, as now, that hatred was artificially stoked by people who found that it could deliver them some combination of fame, wealth, and power.

"Some of the wealthiest members of the media are not reporters from mainstream outlets. Figures such as Rush Limbaugh, Matt Drudge, and the trio of Sean Hannity, Tucker Carlson, and Laura Ingraham have attained wealth and power by exploiting the fears of older white people. They are thriving financially by exploiting the very same free-press umbrella they seem determined to undermine.

"Much of the current hand-wringing about this rise in press bashing and delegitimization has been focused on the president, who—as every reporter in America sadly knows—has declared the press the “enemy of the people.” But, like much else in the Trump era, Donald Trump didn’t start this fire; he’s only spread it to a potentially more dangerous place.

"The modern campaign against the American press corps has its roots in the Nixon era. President Richard Nixon’s angry foot soldiers continued his fight against the media even after he left office.

"Roger Ailes, who went on to help found Fox News, was the most important of those figures. His sustained assault on the press created the conditions that would allow a president to surround himself with aides who argue for “alternative facts,” and announce that “truth isn’t truth.” Without Ailes, a man of Trump’s background and character could never have won. Roger Ailes was the godfather of the Trump presidency."

Trust in media has been at all-time lows in Gallup polls for years, with its most recent poll in Sept. 2016 showing just 32 percent of Americans, including 14 percent of Republicans, trust the news media.