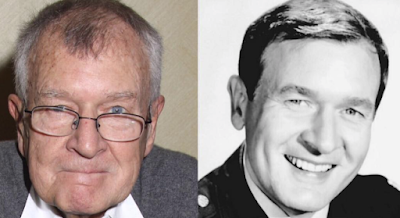 Bill Daily, the affable TV actor who starred as Major Roger Healey in “I Dream of Jeannie” as well as on “The Bob Newhart Show,” died Sept. 4 in Santa Fe, N.M., his son J. Patrick Daily confirmed.

He was 91, according to Variety.

The longtime Albuquerque resident was a staple on series of the 1960s through 1980s, notably as Bob Newhart’s daffy neighbor, airline pilot Howard Borden, on CBS’ “The Bob Newhart Show” sitcom from 1972 to 1978. In the 1980s, he appeared as psychiatrist Dr. Larry Dykstra on NBC’s “ALF.”

On “I Dream of Jeannie,” he co-starred with Larry Hagman and Barbara Eden on all five seasons of the NBC sitcom as Captain and then Major Healey, the best friend and fellow astronaut to Hagman, who at one point steals Jeannie but later returns her to her master.

His other TV appearances included “Bewitched,” “Love Boat,” “The Mary Tyler Moore Show,” and “Love, American Style,” as well as recurring roles in the 1980s on “Aloha Paradise” and “Starting from Scratch.”

He returned for several “I Dream of Jeannie” and “The Bob Newhart Show” reunion specials in the 1980s and ’90s. Daily also served as director of the New Mexico Film Commission in the late 1980s.

Born in Des Moines, Iowa, Daily was raised in Chicago and started out doing stand-up and announcing at a Chicago TV station.
Posted 4:00:00 AM