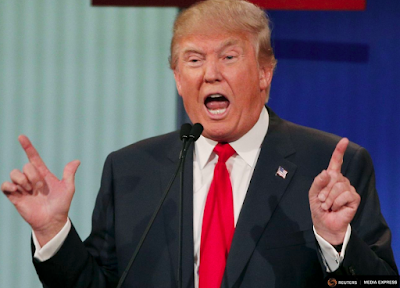 WASHINGTON (Reuters) - Embattled Republican presidential candidate Donald Trump hit back hard on Sunday at critics who say he went too far with caustic comments about a U.S. television news anchor, insisting no apology was necessary and defending his relations with women.

"I've had such an amazing relationship with women in business. They are amazing executives. They are killers. They are phenomenal," Trump said on ABC's "This Week."

The billionaire and television personality, who leads the polls in the race for the 2016 Republican presidential nomination, appeared on Sunday news shows to rebut the latest wave of outrage triggered by his off-the-cuff talk.

This time, Trump is under fire for criticizing Fox anchor Megyn Kelly during and after a debate on Thursday night for candidates seeking the 2016 Republican presidential nomination.

Trump was barred from an important gathering of conservative activists on Saturday and drew another round of denunciations from fellow Republicans.

"They were completely inappropriate and offensive comments. Period," Fiorina said on CNN's "State of the Union."

Asked on ABC if he thought he had gone too far, Trump said, "No, not at all."

He said he has always had "a great relationship with women" and has hired "thousands" of top-level female employees.

Trump said his comments about blood coming from Kelly were misconstrued as a reference to menstrual blood or hormonal activity and called that interpretation "deviant."

He said he meant to say "nose, ears" and was implying that she was angry.

"She asked me a very, very nasty question," he said on "This Week."

(Reporting by Doina Chiacu; Editing by Lisa Shumaker)
Posted 3:37:00 AM