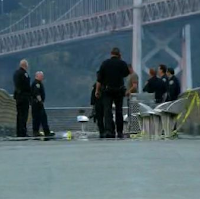 Police have arrested a suspect in a vicious attack on 2 television news crews that unfolded on the air, during a live shot at Pier 14, in San Francisco.

CBS SF reports Michael A. Jones was arrested in San Francisco after an intense manhunt. The 30-year-old, along with two other men, was wanted in the armed robbery and attack on two cameramen, last July.

According to KTVU, Jones tussled with the arresting officers. His accomplices are still at large.

Jones and his accomplices allegedly pistol-whipped a KNTV cameraman and stole his equipment. Then, they pointed a gun at the KTVU cameraman, and fled with his equipment, as well. Both crews were covering the fatal shooting of Kate Steinle.

No shots were fired. 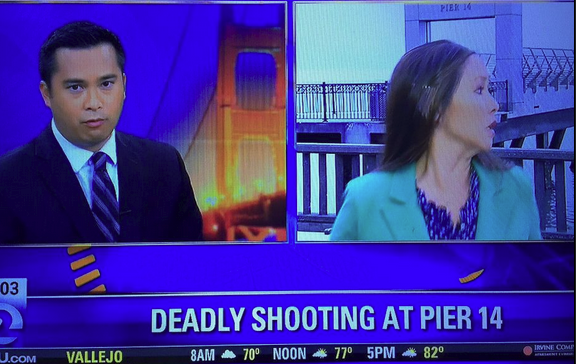 There have been several incidents in which television news crews were attacked and robbed during live shots in the Bay Area. KPIX 5 has been hiring security guards to accompany crews in Oakland ever since a reporter was punched in the face outside a school. The robbers made off with a camera and tripod in that incident.
Posted 3:16:00 AM