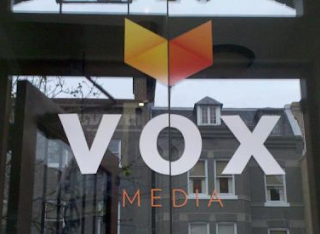 Comcast’s NBCUniversal confirmed it would invest $200 million in Vox Media, a maneuver that will give the company a stake in a passel of media assets that are not wholly dependent on ad-supported video at a time when that business, the company’s main source of income, is in flux.

Variety reports the pact will tie NBCU more closely with Vox sites like the Verge, SB Nation, Curbed, Racked and tech-news site Re/code. NBCU had a minority stake in that last outlet until May, when the site was acquired by Vox.

The announcement comes after earlier reports that Comcast and NBCU had been seeking to invest in any number of upstart digital-media companies, including BuzzFeed, Vice Media and Business Insider. “Vox Media has a great portfolio of premium digital brands that deeply engage broad audiences,” said Steve Burke, chief executive of NBCUniversal, in a prepared statement.

The two companies are expected to work together to sell advertising, and create video programming.
Posted 3:08:00 AM