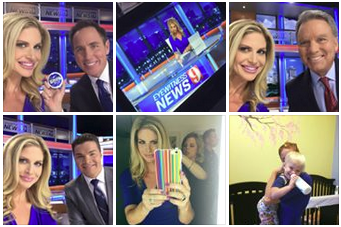 Orlando TV Anchor Martha Sugalski said Friday she doesn't see the move to WFTV-9 as a challenge. "I'm just going to continue what I've always done. I'm picking up where I left off," she told the Orlando Sentinel.

Yet pitfalls could await Sugalski, who has been off the air for a year because of a noncompete clause.

"The trick is not to be seen as disloyal to those who brought you to the dance," said Al Tompkins, senior faculty for broadcasting and online at the Poynter Institute, a journalism training center in St. Petersburg. "You've got to be careful that you never bad-mouth anybody. There can be real market confusion, depending on how big you are."

Sugalski, 45, was one of the market's biggest names at NBC affiliate WESH for eight years, but that may not mean a lot to most viewers.

Only one in four viewers who watch local news have a strong preference of one station over others, he added. "They are brand loyal, in the same way Nike wearers are loyal to Nike," Tompkins said. "But most viewers are not loyal. They snack from one place to the next."

Another plot in the Sugalski saga: How will social media affect her future performance? She communicates on Twitter @MarthaSugalski (where she has 20,000 followers) and via Facebook (where her fan page has 55,000 likes). She was on Periscope, a live-video streaming app, as she walked into WFTV on Friday.


So glad the secret is out!!!http://m.wftv.com/news/news/local/martha-sugalski-joins-channel-9-eyewitness-news/nnFTM/
Posted by Martha Sugalski on Friday, August 7, 2015


Many people identify with Sugalski as a working wife and mom because she shares a lot of who she is on social media, Brown added, but that popularity has its limits.

"It still comes down to ratings and advertising dollars," said Brown, a former TV anchor. "She may have thousands of social-media followers, but if they don't watch, it's not going to matter.