Without a mention of the Voltair hot box controvsery, Nielsen has decided to test its PPM measurements in the field.

Nielsen has inform client stations that is conducting "live tests" of the enhanced Critical Band Encoding Technology (CBET) used in the company's Portable People Meter (PPM) measurement during the month of August in the Baltimore and Washington, DC markets.

The client letter states "The CBET enhancements are part of our ongoing initiative to enhance the PPM detection of quality listening as previously announced to clients in July. The enhanced CBET will increase code density to help improve pick up in challenging environments and will allow for higher code amplification levels with industry acceptance.  These enhancements will not compromise audio quality and will be universally applied system-wide.

"Testing in Baltimore and Washington DC will include the implementation of enhanced CBET on a separate encoder and the results will enable Nielsen to complete an assessment of audience impact. We will share learnings with clients in advance of the enhanced CBET rollout later this year."

In its presentation last month addressing Voltair, Nielsen stated it has in the past tested lots of types of radio (including music and talk) to see whether the Voltair system made them more likely to be detected by Nielsen’s Portable People Meters (PPMs). Voltair made it more likely for one particular type of radio Nielsen tested to be counted: talk radio played at a hushed volume — roughly one-fourth the volume of an ordinary conversation — with background noise of about the same volume. That doesn’t necessarily mean PPMs aren’t doing their job, Nielsen said. Those conditions might make talk radio inaudible for many listeners, in which case it shouldn’t always be counted. 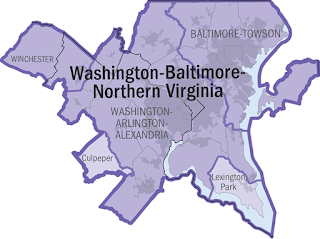 According to the  fivethirtyeight.com blog, Nielsen executives stated at the presentation that the company’s current technology registered almost every test case for all other scenarios tested. Nielsen’s tests covered a range of music (including smooth jazz, one type thought to be at a disadvantage under its system) and talk, and different volumes of sound and background noise.

Matt O’Grady, a Nielsen executive vice president and managing director who hosted Nielsen's client presentation, told Carl Bialik at fivethirtyeight, that he would have liked to do more real-world testing of Voltair. “The industry is clamoring for more information on this, but very few people cooperated on real-world tests,” he said, referring to radio executives who didn’t supply data. “Imagine being in that situation.”

Asked why Nielsen didn’t release all the test data to the public. “You have got to start with the clients,” O’Grady said. “They deserve to know. They’re paying the bills.” Nielsen is also sharing data with the Media Rating Council (MRC) and other industry groups. He’s not sure whether journalists will get their hands on the data. “I know everyone is clamoring to see more data and results,” he said. “I just can’t comment on that right now. I don’t know what our position is on that.”