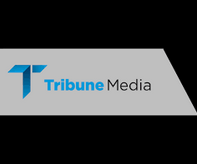 Tribune Media, the entertainment company that was created by last year's split of the Tribune Co., on Thursday reported a second-quarter loss even though it benefited from higher retransmission consent and carriage fees.
‎
According to The Hollywood Reporter, the company, led by CEO Peter Liguori, posted a second-quarter loss from continuing operations of $3.3 million, or 4 cents per share, including a pre-tax charge of $37 million for the extinguishment of debt. The loss compared with a year-ago profit of $82.9 million.

The company cited three other factors as drags on the bottom line: a previously announced change in the timing of the amortization of programming expense for original programming at WGN America, planned production funding for co-owned original programming for WGN America and "implementation costs for improved technology applications and the establishment of new shared services operations."

Quarterly revenue rose 6 percent to $501.5 million. Wall Street had on average expected earnings of $29.1 million on revenue of $503 million.

Said Liguori: "We are making noticeable progress against our strategy to build Tribune Media for sustainable, long-term, profitable growth...Our Television and Entertainment segment experienced revenue growth in all key areas and the outlook remains positive. We continue to post gains in our local station business due to its unique ability to deliver content to our loyal local viewers. Our decision to focus on local news and live sports, especially in major markets, is already paying dividends as we continue to grow advertising market share and generate higher retransmission fees. We are also encouraged that WGN America's conversion to a cable network is ahead of schedule and our investment in high-quality original and syndicated content is creating value for our [pay TV] partners, advertisers and audience."