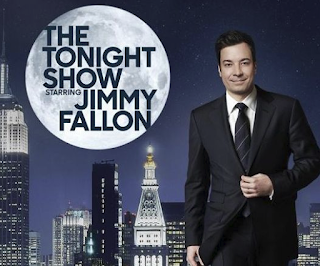 NBC has given a six-year contract extension to Jimmy Fallon, keeping him as host of “The Tonight Show” through the fall of 2021.

“We have locked him in as host of ‘The Tonight Show’ for six more years,” Greenblatt said. He praised the work that Fallon has done since taking over the show in February 2014. He also had kind words for Seth Meyers and the adjustment he made this week to the opening segment of “Late Night” — shifting from a traditional stand-up monologue delivery to a desk-based segment that looks more like the “Weekend Update” bit that Meyers anchored for years on “Saturday Night Live.”
Posted 3:12:00 AM