CNN reports after a weekend's worth of stressful phone calls, the tacit agreement -- he thought -- was that Trump would stop attacking Ailes' biggest television star, Megyn Kelly, in interviews and tweets.

Then came an ugly surprise. Trump said on MSNBC's "Morning Joe" that he thought Kelly should apologize to him.

"This was the final straw for Roger," according to a source close to the situation.

Ailes' office called Trump's office. We "can resolve this now," Ailes said to Trump, "or we can go to war."

For now, war was averted. There is mutual respect between the two master negotiators. Trump has stopped criticizing Kelly. And Fox has stopped ignoring Trump on its shows.

But if this is a truce, it's a tenuous one, according to CNN.  In recent days Trump loyalists have leaked unflattering claims about Ailes, and Fox staffers have privately likened Trump to a crazy person.

With detente in place, each side is now being more careful with their words. Trump is, to put it kindly, as one high-placed Fox source purposefully did, "a nontraditional candidate." 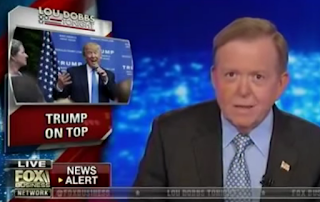 The candidate is also being kind to Fox; when Trump called into Lou Dobbs' Fox Business show on Wednesday, he said "I love your show and watch it all the time."

Given the billionaire's popularity, "Ailes had to make peace," said Roger Stone, a Trump senior adviser who recently left the campaign in disputed circumstances.