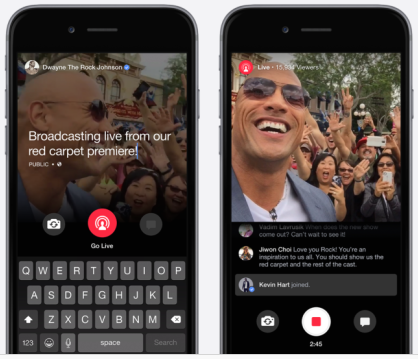 On August 5th, Facebook launched Live, which lets broadcasters instantly start a live video stream on Facebook. Users can tune in to watch in real-time and submit comments that appear on the broadcaster’s screen.

Techcrunch reports, Facebook shows the streams in News Feed to people who Like the broadcaster’s Page, and sends instant notifications about tuning in to fans who’ve interacted with the broadcaster recently on Facebook.

At the end of the broadcast, Facebook Live streams are permanently saved as a video that people can watch, unlike Meerkat streams that disappear instantly and Periscopes that can only be replayed for 24 hours. That means Live not only drives real-time engagement, but also adds to Facebook’s exclusive video content trove that it can show in the feed to make lucrative video ads seem more natural there.
Posted 3:21:00 AM