Indians Bid Radio Deal, and WTAM Has A Fight 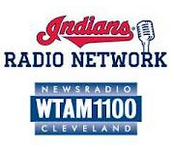 The Cleveland Indians have offered for bid the rights to their flagship radio broadcasts, and WKRK-FM, 92.3, better known locally as The Fan, is mounting a stern challenge for them to the incumbent, WTAM-AM, 1100.

Multiple sources told Crain's Cleveland Business that WKRK 92.3 The Fan, owned by CBS Radio, is the front-runner to obtain the rights; WTAM's latest two-year contract is up after the current season.

CBS Radio Cleveland general manager Tom Herschel, who oversees both WKRK and other CBS Cleveland properties including WNCX-FM, 98.5, said in a phone interview from Chicago last Wednesday, Sept. 12, that The Fan “loves the Indians, and would love to have them on our airways.”

“We're a sports radio station,” Mr. Herschel said. “Why wouldn't we want to be a part of the conversation? But truly, no decision has been made.”

WTAM program director Ray Davis did not return a call from Crain's.