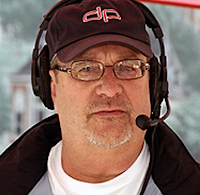 Hank Bonecutter, namesake of “The Bone Show” and Clarksville, TN radio personality for some 40 years, has been taken off the air.

The new owners of WJZM met with Bonecutter after the morning show on Tuesday and let him go, just a few months after buying the station from Bonecutter himself.

Tuesday morning’s show was his last one.

“I have no ill will,” Bonecutter told Chris Smith at The Leaf-Chronicle. “They have to do what they have to do. I wasn’t sure I’d stay on to the end of the year anyway.”

As part of their agreement when new owners Dave Loos Jr., Greg Walker and Mike Parchman bought the station, Bonecutter was to continue doing the daily “Bone Show” and the Saturday show “Clarksville in Review” through the end of the year.

“My reporting and all we were doing was not in their whole scope of what the station would be about,” Bonecutter said.

“I don’t think there’s any question I’ve rubbed a lot of people the wrong way for several years. I’m sure they were taking a lot of heat from some folks in town, but I can’t speak to whether that was part of their decision or not.”

Bonecutter said he has nothing but respect and appreciation for the new owners, whom he considers good friends.

In August this year, Bonecutter sold the news-talk radio station WJZM 1400 AM to Walker, a sports talk and broadcasting personality; Loos, another prominent local voice in the sports broadcasting realm; and Parchman, who also owns and operates Neal-Tarpley-Parchman Funeral Home.

Bonecutter’s career at WJZM began in 1973, and he’s worked there on and off ever since, according to previous reports. In 1994, he became its owner.

He started “The Bone Show” when he became owner in 1994, and he started “Clarksville in Review” about six to eight years ago, he said.