Three-fifths of Americans distrust the mass media - an all-time high, according to a poll released Thursday, according to Kevin Robillard at politico.com. 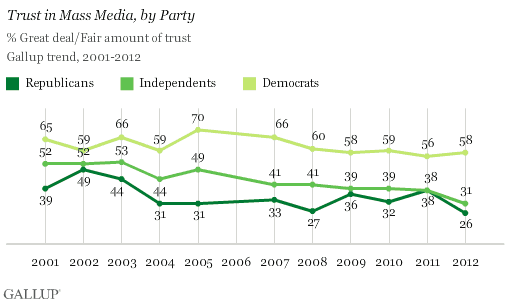 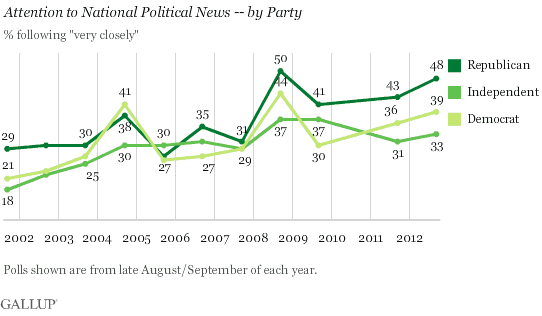 There’s a sharp partisan divide as well: 58 percent of Democrats trust the press, compared to 26 percent of Republicans and 31 percent of independents.