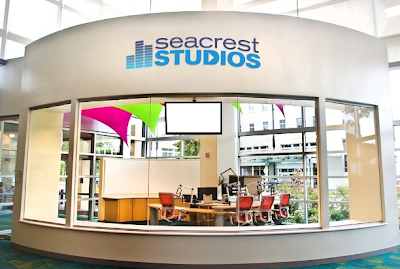 Orlando Health Arnold Palmer Hospital for Children and the Ryan Seacrest Foundation has announced Orlando as the next location for a Seacrest Studio.

According to Orlando Health, the studio will support patients’ creative and artistic needs through radio, television and new media. Orlando Health Arnold Palmer will be one of only 11 pediatric hospitals in the U.S. — and the only one in Florida — to host an innovative Seacrest Studio location.

“It’s a place where patients truly get to be a star and forget about their medical treatments and procedures,” according to foundation chairman, founder and television personality Ryan Seacrest.


The Seacrest Studio at Orlando Health Arnold Palmer will make it possible for children and teens to get behind the camera and mic to develop, star and interact in original TV and radio programming during their hospital stays. Through this state-of-the-art multimedia studio, complete with sets, cameras, microphones and a soundboard, children will share the spotlight with musical and celebrity guests, as well as other patients and studio interns. Patients will also have the ability to call down to the studio via their hospital room phone to engage in events they are watching on their screen.