CBC Promotes Chris Howden To 'As It Happens' Co-Host 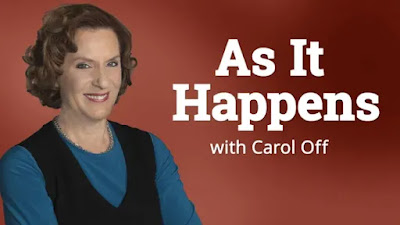 Chris Howden has been named the new co-host of CBC Radio’s long-running current affairs evening show As It Happens, alongside Carol Off, reports Broadcast Dialogue.

Howden, who has been the show’s writer for the last 10 years, is already familiar to listeners as a fill-in host. In addition to As It Happens, he’s been a contributor to Sounds Like Canada, This Morning, and hosted documentary show Living Out Loud. He’ll take up the co-host’s chair Monday, Jan. 6.

“As the show’s writer, Chris has done so much to create the distinct voice and attitude of the program. Now he can literally bring that voice into the studio and deliver the scripts he’s crafted so well,” said Cathy Perry, Senior Director of Programming, Network Talk, in a release.

“I listened to As It Happens every night growing up,” said Howden. “It is unbelievable that I’ll be in the same chair that Alan Maitland, Barbara Budd, and Jeff Douglas sat in. Not literally…it’s a different chair.  Regardless, I am proud and grateful to join that illustrious group, and thrilled to be working with my friend and hero, Carol Off.”

As It Happens has been airing for more than 50 years, debuting in 1968 with co-hosts Phillip Forsyth and Harry Brown. The show’s current format was created after producer Mark Starowicz took charge in 1973.
Posted 1:58:00 AM