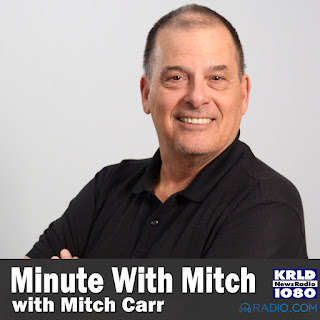 After 53 years in radio, Mitch Carr cracked the microphone for the final time Friday morning on Entercom's KRLD 1080 AM.

Mitch has been part of the North Texas scene since arriving from Indiana in 1975. His radio career began as a teenager on KGBX-1260AM in Springfield, Missouri. Four years in the U.S. Air Force put Mitch on AFRTS radio and television in Japan as well as doing voiceover work on USAF training films.

After four years in the AF, Mitch moved to Indiana to attend Butler University and work in local radio. His campus claim to fame is having attended basketball games in the arena seen in the movie “Hoosiers”, although Gene Hackman was not around.

He has also worked at KLIF, KTXQ, KMGC and KIXK during his career in Dallas.
Posted 3:22:00 AM