Beginning in late fall 2019, listeners in the United States, Europe and beyond can access approximately 1,000 songs in this new format through streaming services Amazon Music HD, Deezer, nugs.net and TIDAL.

Object-based spatial audio technology makes it possible for artists and music creators to produce a music experience by mapping sound sources such as vocals, chorus and instruments with positional information and placing them within a spherical space. When listeners hear content produced in the 360 Reality Audio music format, they experience an immersion into sound that closely mimics the omni-directional soundscape of a live musical performance. 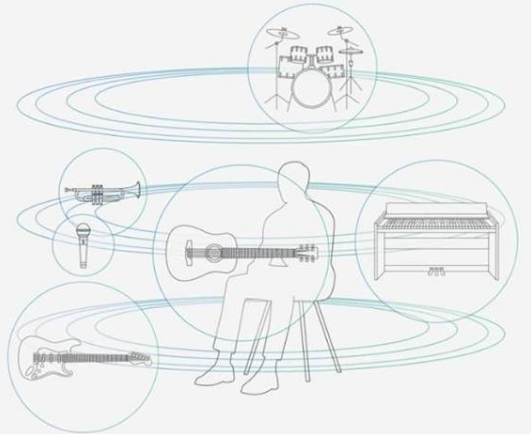 The planned 1,000 songs will include leading contemporary artists like Mark Ronson and Pharrell Williams, as well as timeless classics such as Billy Joel and Bob Dylan. The service will also feature more than 100 songs recorded from an array of concerts by performers such as CHARLI XCX and Kodaline, captured through a partnership with select Live Nation Clubs & Theaters.

360 Reality Audio can be fully enjoyed on headphones and wireless speakers at service launch.

“360 Reality Audio is a proof point that innovation never stops,” said Mike Fasulo, president and chief operating officer, Sony Electronics (North America). “The confluence of deep technical roots, tireless artists and forward-thinking hardware and semiconductor partners illustrates the tremendous draw of this radical new way to make music even more moving. Together with valued industry partners, Sony has architected the most powerful, realistic music experience for listeners and a new medium for artists to create.”