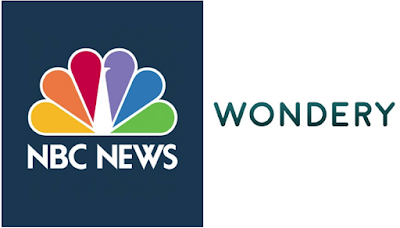 NBC News and Wondery are teaming up to develop a slate of news and politics podcasts beginning in 2020, reports AdWeek.

NBC News and Wondery will work together on news and politics podcast series based on reporting from NBC News’ slate of investigative reporters.

Additionally, Wondery will take over ad sales and marketing for NBC News’ existing podcasts, opening up those programs to Wondery’s network of advertisers in the U.S. and U.K. Any new programming the companies jointly develop and produce will be marketed and sold by Wondery’s sales team. NBCUniversal’s sales team will still be able to include the podcasting slate in cross-platform advertising deals. Financial terms of the deal were not disclosed.

Elisabeth Sami, NBC News Group’s svp of global strategy and business development, said the deal is intended to strengthen NBC News’ presence in the podcasting space and deepen Wondery’s slate of news and politics programming. The partnership will mean the creation of two to three series at first, the first of which will roll out in early 2020.

The news organization has some other original podcasts in the works, including Into America, a political series set to premiere this winter that will feature campaign trail interviews with presidential candidates and voters. A podcast from the morning program Today and a series from NBC’s true crime franchise Dateline are also in development.
Posted 1:28:00 AM