Netflix Inc. missed its subscriber-growth target for the second consecutive quarter, raising questions about the streaming-video giant’s ability to fend off competition from traditional media companies who are entering the market with rival services, reports The Wall Street Journal.

The company’s shares rose 8.5% in after-hours trading Wednesday as Netflix’s U.S. subscriber base did grow in the third quarter, calming investor fears that the streaming service would again lose subscribers domestically, as it did in the previous quarter. It also posted strong international subscriber growth. Before Wednesday’s report, the stock had fallen nearly 22% over the past three months. 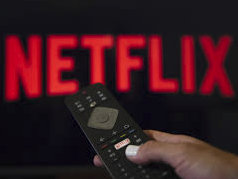 Netflix’s quarterly report was the last one before two major competitors, Walt Disney Co. and Apple Inc., are to enter the streaming-video field with offerings that—even combined—cost less than Netflix’s most-popular plan.

The Los Gatos, Calif.-based company added 517,000 domestic subscribers in the third quarter compared with the second quarter—short of the 800,000 increase it had expected. Globally, Netflix added 6.8 million subscribers in the quarter, slightly fewer than the 7 million it had forecast.

Netflix said subscriber retention continues to suffer from its decision earlier this year to raise prices, a move that led to slower-than-expected subscriber growth. The higher subscription fees did boost average revenue per subscriber by 16%, which will allow it to invest more to “strengthen its value proposition,” the company said in its letter to shareholders.

Netflix played down the looming threat from Disney, Apple, AT&T Inc.’s WarnerMedia and others—but warned that there may be some immediate impact to its own ability to expand.
Posted 2:10:00 AM