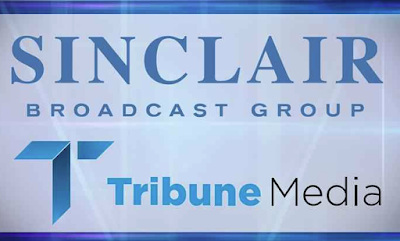 The Federal Communications Commission (FCC) on Tuesday wrapped up its review of the abandoned merger between Sinclair Broadcast Group and Tribune Media but warned that the agency could investigate allegations that Sinclair misled regulators while seeking approval for the deal.

The FCC's administrative law judge said in an order Tuesday that the "extremely serious charges" may merit a serious investigation, reports The Hill.

"Absent a specific transaction or other proceeding to provide context for this unresolved character issue, however, conducting a hearing at this time would not be a prudent use of Commission time and resources," the judge, Jane Hinckley Halprin, wrote.

Sinclair's merger, which would have allowed it to reach nearly three-quarters of the nation's television audience, collapsed last summer after the FCC rejected the deal and referred it to the administrative judge over concerns about some of the side transactions the conservative broadcaster had proposed to bring itself in line with media ownership restrictions.

One of them was a proposed sale of the valuable WGN-TV to a man named Steven Fader for a price that was considered well below market value and with terms that would effectively allow Sinclair to remain in control of the station. Sinclair's executive chairman owned a stake in Fader's Maryland car dealership, the FCC alleged.
Posted 1:21:00 AM