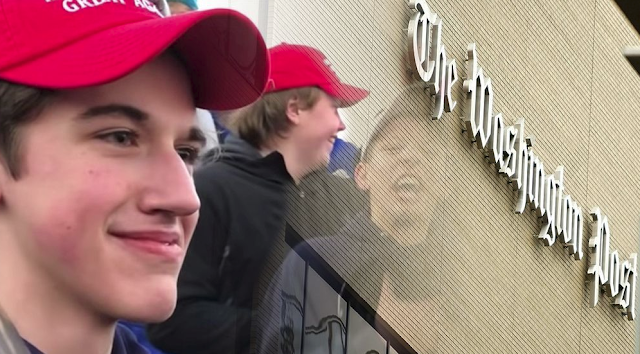 The Washington Post issued an editor’s note Friday over its early coverage of a viral exchange between a student from Covington Catholic High School and a Native American veteran.

Accord to The Hill, the paper said subsequent evidence, including reporting, un-surfaced video and a student’s statement clarifies the interaction and either contradicts or fails to confirm the Post's initial stories. 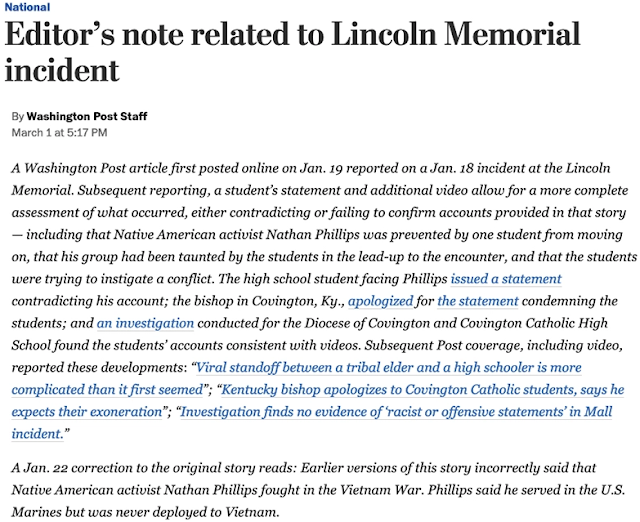 “Subsequent reporting, a student’s statement and additional video allow for a more complete assessment of what occurred, either contradicting or failing to confirm accounts provided in that story — including that Native American activist Nathan Phillips was prevented by one student from moving on, that his group had been taunted by the students in the lead-up to the encounter, and that the students were trying to instigate a conflict,” the Post said.

The controversy began earlier this year when video emerged of student Nick Sandmann, who was wearing a red “Make America Great Again” hat, and Nathan Phillips, a Native American elder, in a faceoff in Washington, D.C., while they were in town for separate rallies.

Reports surfaced that Sandmann and other students from the Kentucky high school were shouting at Phillips, with some reports mentioning racial obscenities, though those reports were largely disputed by Sandmann and online observers.

Sandmann filed a lawsuit against the Post earlier this month over its coverage, which the student said “targeted and bullied” him and included “a series of false and defamatory print and online articles.”

He is seeking $50 million in compensatory damages and $200 million in punitive damages and claimed that the reporting caused “permanent harm to his reputation.”
Posted 1:19:00 AM