'The Simpsons' Drop M-J Episode From All Platforms 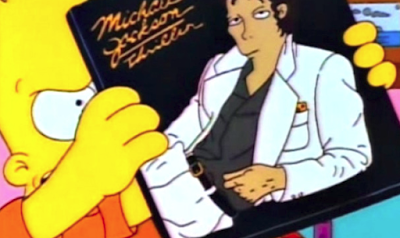 “It feels clearly the only choice to make,” Brooks said of the 1991 episode in which Mr. Jackson voiced the character of a patient in a mental hospital who believes he is the pop star.

According to The Wall Street Journal, Brooks said he, along with Matt Groening and Al Jean, the other two masterminds of the long-running Fox cartoon, came to the conclusion after watching the HBO documentary “Leaving Neverland.” In the documentary, which premiered earlier this week, two men allege in graphic and compelling detail that Mr. Jackson molested them over several years when they were children.

“The guys I work with—where we spend our lives arguing over jokes—were of one mind on this,” Mr. Brooks said in an interview, speaking on behalf of the production team behind “The Simpsons.”

A spokesman for Twentieth Century Fox Television, which handles distribution of the show, referred to Brooks for comment.

Jackson, who died in 2009, steadfastly denied he had molested or harmed any children. The Michael Jackson Estate last month attempted to block HBO from airing the documentary by suing the network in Los Angeles Superior Court charging among other things that it “falsely claims Michael Jackson was abusing children.”