Entercom is proud to share that it raised over $2 million for St. Jude Children’s Research Hospital this holiday season. Five Entercom country stations, US99 (WUSN-FM) in Chicago, 99.5 WYCD (WYCD-FM) in Detroit, 103.7 KSON (KSON-FM) in San Diego, KMLE Country@107.9 (KMLE-FM) in Phoenix and Y108 (WDSY-FM) in Pittsburgh hosted radiothons in their respective communities as part of the hospital’s “Country Cares for St. Jude Kids” program.

“I am incredibly proud of our stations and listeners for this remarkable effort to help save the lives of children with cancer,” said Pat Paxton, President of Programming, Entercom. “It does take a village, and it is an honor for Entercom to support St. Jude Children’s Research Hospital on this important cause.” 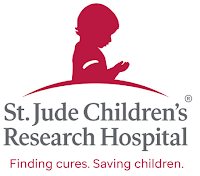 “We could not be more thankful for our partner Entercom and its listeners, who epitomize the giving spirit and show unwavering support for the lifesaving mission of St. Jude,” said Richard Shadyac Jr., President and CEO, ALSAC, the fundraising and awareness organization for St. Jude Children’s Research Hospital. “It’s through these deep community connections at stations across the country that thousands of people from all walks of life come together to help St. Jude continue its important work of finding cures for and treating children with cancer and other life-threatening diseases.”

San Diego station 103.7 KSON raised $257,110 during its annual “Country Cares for St. Jude Kids Radiothon” on December 6 and 7. In its 31st year, the radiothon was hosted by morning show team John and Tammy of “John & Tammy in the Morning.”

Through KMLE Country@107.9’s “KMLE Country Cares Radiothon” on December 13 and 14 in Phoenix, the station raised $326,705 for the hospital. During the radiothon, the station featured the heroic stories of individuals and families who are fighting cancer.

Founded in 1962, St. Jude Children’s Research Hospital’s mission is to advance cures, and means of prevention, for pediatric catastrophic diseases through research and treatment.
Posted 1:15:00 AM