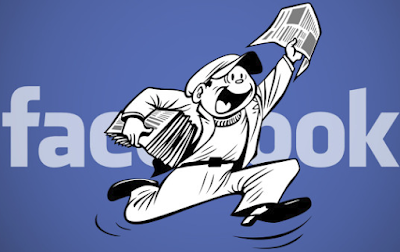 Facebook is apologizing to evangelist Franklin Graham for banning him from posting on the site for 24 hours last week, a Facebook spokesperson told The Charlotte Observer on Saturday.

It was a mistake to ban Graham over a 2016 post he made on the site, and a mistake to have taken down the post, the spokesperson said.

Facebook has restored the 2016 post and will apologize in a note to the administrator of Graham’s Facebook page, according to the Facebook spokesperson, who agreed to speak only on background, meaning without the spokesperson’s name.

A member of Facebook’s content review team -- the team has 15,000 members -- had mistakenly decided the post violated Facebook’s policy that bans “dehumanizing language” and excluding people based on sexual orientation, race and other factors, according to the spokesperson and Facebook’s written policy.

“Why?” Graham asked in a Facebook post on Friday after he said he was banned from posting anything on the site for 24 hours last week. “Because of a post from back in 2016 about North Carolina’s House Bill 2 (the bathroom bill). Facebook said the post went against their ‘community standards on hate speech.’ Facebook is trying to define truth.”


I thank @Facebook for their apology and I accept it. All truth is in the Lord Jesus Christ, who is “the Way, the Truth, and the Life.” I would encourage all Christians—as well as Facebook—to stand on God’s Word and His truth. pic.twitter.com/rgEsOZna3C
— Franklin Graham (@Franklin_Graham) December 30, 2018

In his post, Graham said the social media giant is “making the rules and changing the rules. Truth is truth. God made the rules and His Word is truth. Actually, Facebook is censoring free speech. The free exchange of ideas is part of our country’s DNA.”

Graham’s 2016 post focused on singer-songwriter Bruce Springsteen canceling a North Carolina concert because of House Bill 2.  “He says the NC law #HB2 to prevent men from being able to use women’s restrooms and locker rooms is going ‘backwards instead of forwards,’” Graham said in his 2016 post, referring to Springsteen. “Well, to be honest, we need to go back! Back to God. Back to respecting and honoring His commands.”