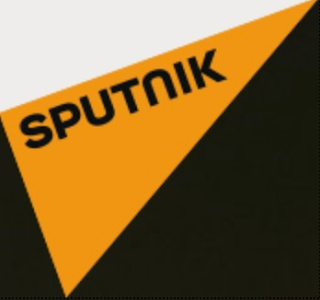 The Department of Justice is pressing a federal judge to make a South Florida radio-broadcasting company register as a foreign agent for selling round-the-clock airtime to a Russian government-owned media outlet.

In Florida federal court, the Justice Department’s National Security Division is at odds with RM Broadcasting over the company’s refusal to register as a foreign agent in connection with the airing of radio shows from the Russia-owned Rossiya Segodnya.

The programs at issue are broadcast on Washington, D.C. station WZHF 1390 AM by Rossiya Segodnya’s branch Sputnik International, according to Courthouse News citing court documents. Sputnik announced its expansion to WZHF in late 2017, with a press release headlined, “All We Hear is Radio Sputnik: Russians Invade 1390 AM.”

RM Broadcasting claims it simply sold airtime to Rossiya Segodnya, and that it was never under the direction of the Russian media group. RM points to a clause in its contract with the Russian outlet that states: “Nothing in this agreement is intended to or shall operate to create a partnership between the parties or authorize either party to act as an agent for the other.”

RM initiated the federal court case in October, seeking relief from the Department of Justice’s demands that it register under FARA, the Foreign Agents Registration Act of 1938.

The company describes itself as a Florida broadcasting firm owned by a Bronx-raised broadcast industry veteran. It says its business model involves buying up and reselling airtime to clients.

But the Department of Justice said Monday that if companies like RM Broadcasting are not required to register, Russia and other countries would be able to sidestep federal law requiring disclosure statements to accompany foreign government-controlled broadcasts in the U.S. Moreover, the department claims, foreign countries would be able to quietly contract their way around U.S. restrictions on foreign ownership of broadcast licenses.

If RM Broadcasting is found to be subject to the registration requirements, the company will have to make financial disclosures, release its service agreement with Rossiya Segodnya, and submit copies of material broadcast on behalf of Rossiya Segodnya, according to the court documents.
Posted 2:02:00 AM