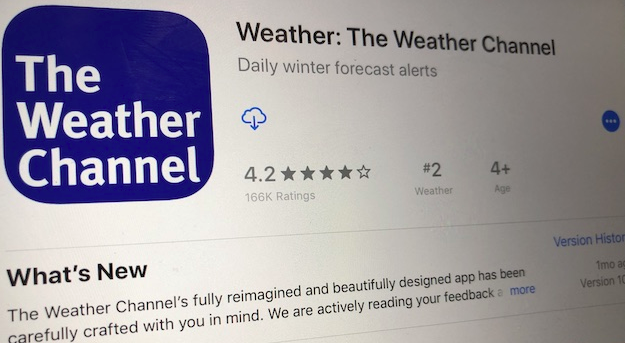 The Los Angeles city attorney’s office alleges in a lawsuit that a subsidiary of IBM deceptively mined the private location data of users of the Weather Channel app and sold it to advertising and marketing companies.

When users download the app, a prompt asks them to grant access to their location so the app can provide “personalized local weather data, alerts and forecasts.” The app then tracks the user’s movements, allowing the Weather Company, which operates the app independent of the Weather Channel and uses its data to fuel IBM’s Watson Advertising products, to sell that information to hedge funds, advertising firms and corporate clients like McDonald’s and Subway.

According to the LA Times, the suit alleges that the disconnect between that prompt and the company’s ultimate use of the data constitutes fraudulent and deceptive business practices. The suit seeks an injunction against the company, which would require it to stop the practices, and civil penalties of up to $2,500 for each violation in California. 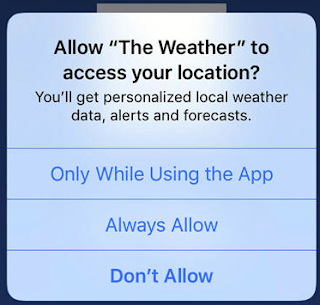 “Think how Orwellian it feels to live in a world where a private company is tracking potentially every place you go, every minute of every day,” Los Angeles City Atty. Mike Feuer said at a news conference Friday. “If you want to sacrifice to that company that information, you sure ought to be doing it with clear and advanced notice of precisely what’s at stake.”

The Weather Channel app has 45 million monthly users, and the company’s suite of weather apps have been downloaded more than 200 million times, according to the company.

"The Weather Company has always been transparent with use of location data,” said Saswato Das, an IBM spokesperson. “The disclosures are fully appropriate, and we will defend them vigorously."

The suit cited an investigation by the New York Times last month that found at least 75 companies that collected precise location data via smartphone apps — in one case pinging a user’s location 14,000 times in one day — then used it to fuel consumer insight research and the $21-billion location-based advertising industry.

The practice of collecting and monetizing location data is widespread across mobile apps. Google and Facebook are leaders in the location-based advertising industry, using data from their own suite of mobile products.
Posted 4:04:00 AM