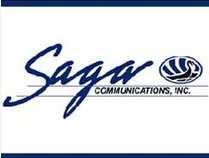 Saga Communications Inc. may be on the hunt to add more middle-market radio stations, even after a proposed deal to buy five in northern Virginia clears a Federal Communications Commission review.

The $9.64 million acquisition, which the company expects to close in June pending FCC approval, would bring its portfolio to 97 radio stations, more than half a dozen television stations and the Illinois Radio Network.

"Our focus is on middle-market stations -- so Michigan would be an appeal to us, but Detroit would be (less so)," CFO Samuel Bush told Crain's Detroit of Saga's acquisition plans earlier this month.

"We've grown a lot over the years and we like to grow, but we're also very regimented buyers. We're not going to buy just because a station looks good on paper -- we'll buy if it's a pretty good fit for us."

The Harrisonburg, Va., radio market will be a new one for Saga, which operates three stations under subsidiary Tidewater Communications over two hours away in Norfolk. The company is still interested in adding new markets, Bush said, but has no plans to mirror the size or business model of giants like Cumulus or iHeart Media Inc.

"We're very locally concentrated and we think that's where we should be. Our management style is to be focused at the local market," he said. "That doesn't mean we won't use a number of syndicated programs. We do, but they're tailored for a specific purpose and it's to augment the offerings from the local stations. It's never going to dominate the format."