Norway To Drop FM, Is U-S Next? 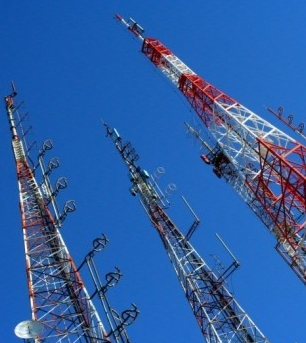 Norway’s Ministry of Culture announced that the nation would be switching off FM analog radio broadcasts by 2017, in favor of digital broadcasting.

For its part, America is taking a longer, voluntary road to the same end, as analog car radios are gradually being replaced by digital or hybrid models, according to The Christian Science Monitor.

According to an email from an FCC official, there is no push in the US for doing away with FM in favor of digital because, as with the transition to digital television, it would require an act of Congress.  "While there are efficiencies to going all digital," the official wrote, "it would make the over a half a billion analog radio receivers used by consumers inoperable."

But according to Dennis Wharton, executive vice president of communications for the National Association of Broadcasters in Washington D.C., the digital revolution has already arrived.

“It is happening in the United States, it’s in the top 50 markets, virtually all the top 10 stations have switched to digital.” Those switches have been voluntary, Mr. Wharton says.


Why make the switch to digital?

“In smaller markets across the country these are stations that do not have the revenues to support this change, so there’s a financial issue at stake here,” Wharton explains. “But obviously, in the larger markets where there’s more opportunities to reach advertisers and monetize your radio station’s programming there has been a move towards digital.”

A 2012 study by The PEW Research Center in Washington, D.C. revealed that, “vast majority" of Americans still report listening to analog radio broadcasts weekly. But the survey also found that as many as 40 percent of Americans now listen to audio on digital devices, a figure that was expected to double by 2015.

Wharton adds, “I think over time there will be more and more stations that migrate to digital because of the higher sound quality and better clarity of the signal. The issue is getting more digital receivers into the marketplace, and over time, that is happening as more new cars are being sold with HD Radio digital receivers. So, there’s certainly not a resistance to moving to digital. In fact, I think there’s a desire to move to digital. The issue more is how you finance that.”
Posted 3:45:00 AM