In 1961...Chubby Checker performed "The Twist" and "Let's Twist Again" on The Ed Sullivan Show.  Both songs received renewed radio airplay despite already being hits and, amazingly, "The Twist" went all the way to #1 again, becoming the only song of the Rock Era to reach #1...twice.


In 1969…Paul McCartney issued an official press release through Apple stating that he was not, in fact, dead, as had been rumored. He then retired to his farm in Scotland where LIFE magazine tracked him down to prove he was still alive. 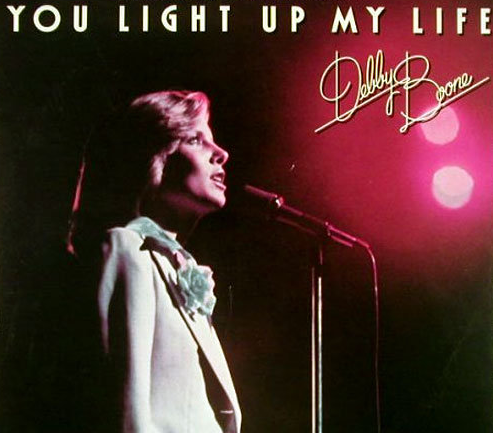 In 1977...The Hot 100..Debby Boone remained #1 with "You Light Up My Life", holding off Carly Simon's "Nobody Does It Better".  Shaun Cassidy was up with his Eric Carmen remake "That's Rock 'N' Roll" and K.C. and the Sunshine Band dropped with "Keep It Comin' Love".  Newcomer Heatwave was up to 5 with "Boogie Nights".

The rest of the Top 10:  Foreigner and "Cold As Ice", the Commodores with "Brick House" at #7, Donna Summer's "I Feel Love", the former #1 for Meco--"Star Wars Theme/Cantina Band" and Johnny Rivers landed in the Top 10 for the first time in five years with his final Top 10--"Swayin' to the Music". 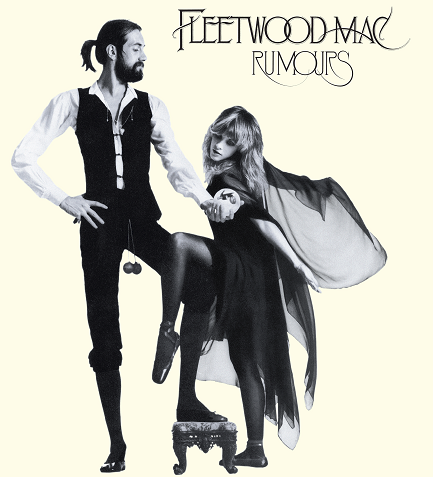 In 1977...The Album Charts..Rumours by Fleetwood Mac was in uncharted territory.  It had spent 24 weeks at #1, six more than any other album in the Rock Era to that time.  Simple Dreams by Linda Ronstadt was a solid #2 and Steely Dan was rocketing up from 26-3 with Aja.  The debut of Foreigner moved up to #4.

The rest of the Top 10: Shaun Cassidy, Rita Coolidge at #6 with Anytime...Anywhere, the Rolling Stones debuted in the Top 10 with Love You Live, Elvis Presley's Moody Blue was #8, I Robot by the Alan Parsons Project and Livin' on the Fault Line from the Doobie Brothers at #10.

In 1986...NY Personality/Traffic Reporter Jane Dornacker was killed in a helicopter accident while working for WNBC 660 AM Radio in New York City (which became WFAN in 1988).

Dornacker was aboard during two unrelated crashes of the helicopters leased to WNBC. She survived the first crash, but was killed in the second crash into the Hudson River, which occurred as she was in the middle of a live traffic report.

Her death came shortly after that of her husband, Bob Knickerbocker, orphaning their 16-year-old daughter. The NTSB investigation determined the cause of the fatal crash to have been use of improper parts and poor maintenance on the part of Spectrum Helicopters of Ridgefield Park, New Jersey.

At the age of 21, he hitchhiked from his home in Sanford, FL to Gainesville, FL and enrolled at the University of Florida, majoring in education. During his first year he worked at various jobs including part-time janitor at the University Club. There in January 1930 Barber got his start in broadcasting.

An agriculture professor had been scheduled to appear on WRUF, the university radio station, to read a scholarly paper over the air. When the professor's absence was discovered minutes before the broadcast was to begin, janitor Barber was called in as a substitute. Thus the future sportscaster's first gig was reading "Certain Aspects of Bovine Obstetrics".

After those few minutes in front of a microphone, Barber decided to switch careers. He became WRUF's director and chief announcer and covered Florida football games that autumn. Then he dropped out of school to focus on his radio work. After four more years at WRUF he landed a job broadcasting the Cincinnati Reds on WLW and WSAI when Powel Crosley, Jr., purchased the team in 1934. 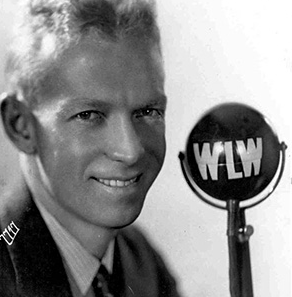 On Opening Day 1934 (April 17), Barber attended his first major league game and broadcast its play-by-play, as the Reds lost to the Chicago Cubs 6–0. He called games from the stands of Cincinnati's renamed Crosley Field for the next five seasons.

Barber had been hired by Larry MacPhail, then president of the Reds. When MacPhail moved on to be president of the Dodgers for the 1939 season, he took the play-by-play man along. In Brooklyn, Barber became an institution, widely admired for his folksy style. He was also appreciated by people concerned about Brooklyn's reputation as a land of "dees" and "dems".

In 1939 Barber broadcast the first major-league game on television, on experimental NBC station W2XBS. In 1946 he added to his Brooklyn duties a job as sports director of the CBS Radio Network, succeeding Ted Husing and continuing through 1955. There his greatest contribution was to conceive and host the CBS Football Roundup, which switched listeners back and forth between broadcasts of different regional college games each week.

For most of Barber's run with the Dodgers, the team was broadcast over radio station WMGM (later WHN) at 1050 on the AM dial.

Prior to the 1953 World Series, Barber was selected by Gillette, which sponsored the Series broadcasts, to call the games on NBC Radio Network along with Mel Allen. Barber wanted a larger fee than was offered by Gillette, however, and when Dodgers owner Walter O'Malley refused to back him, Barber declined to work the Series and Vin Scully partnered with Allen on the telecasts instead. As Barber later related in his 1968 autobiography, Rhubarb in the Catbird Seat, it was O'Malley's lack of support that led to his resigning from the Dodgers later that October.

Soon afterward the crosstown Yankees hired Barber. In 1955 he took his long-running television program Red Barber's Corner from CBS to NBC. It ran from 1949 until 1958.

Under the ownership of CBS in 1966, the Yankees finished tenth and last, their first time at the bottom of the standings since 1912 and after more than 40 years of dominating the American League. On September 22, paid attendance of 413 was announced at the 65,000-seat Yankee Stadium.

Barber asked the TV cameras to pan the empty stands as he commented on the low attendance. Although denied the camera shots on orders from the Yankees' head of media relations, he said, "I don't know what the paid attendance is today, but whatever it is, it is the smallest crowd in the history of Yankee Stadium, and this crowd is the story, not the game." By a horrible stroke of luck, that game was the first for CBS executive Mike Burke as team president. A week later, Barber was invited to breakfast where Burke told him that his contract wouldn't be renewed.

After his dismissal by the Yankees in 1966, Barber retired from baseball broadcasting.

His obituary in the NY Daily News notes millions of New Yorkers who remember the golden age of WWRL 1600 AM, when its playlist and personalities helped shape the whole direction of popular music, also will remember Sonny Taylor,

He programmed WWRL for four years, starting in 1975. Later, he programmed WRKS and he was a deejay at both WWRL and WNJR, where he started in 1966.  "Like many radio people, Taylor got around: St. Louis, Chicago, Miami. He spent the '90s at WMMJ in Washington, where he was working until he died. " 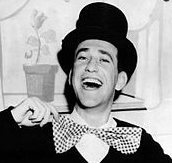 Sales was born Milton Supman, got his nickname from his family. His older brothers had been nicknamed "Hambone" and "Chicken Bone." Milton was dubbed "Soup Bone," which was later shortened to "Soupy".

Sales enrolled in Marshall College in Huntington, WV where he earned a Master's Degree in Journalism. While at Marshall, he performed in nightclubs as a comedian, singer and dancer. After graduating, Sales began working as a scriptwriter and disc jockey at radio station WHTN (now WVHU) in Huntington. He moved to Cincinnati, Ohio in 1949, where he worked as a morning radio DJ and performed in nightclubs.

On January 1, 1965, miffed at having to work on the holiday, Sales ended his live TV broadcast by encouraging his young viewers to tiptoe into their still-sleeping parents' bedrooms and remove those "funny green pieces of paper with pictures of U.S. Presidents" from their pants and pocketbooks. "Put them in an envelope and mail them to me", Soupy instructed the children. "And I'll send you a postcard from Puerto Rico!" He was then hit with a pie. Several days later, a chagrined Soupy announced that money (mostly Monopoly money was unexpectedly being received in the mail. He explained that he had been joking and announced that the contributions would be donated to charity.

Sales hosted a midday radio show on WNBC 660 AM in New York from March 1985 to March 1987. His program was between the drive time shifts of Don Imus (morning) and Howard Stern (afternoon), with whom Sales had an acrimonious relationship. An example of this was an incident involving Stern telling listeners that he was cutting the strings in Sales' in-studio piano at 4:05 p.m. on May 1, 1985. On December 21, 2007, Stern revealed this was a stunt staged for "theater of the mind" and to torture Sales; in truth, the piano was never harmed.

When Soupy's show was not renewed, his time slot would be taken over by D'ariano. Near the end of his contract, Sales lost his temper on the air, and began to speak very frankly about how he felt he had been treated poorly by the station, and how he felt betrayed that D'ariano would be taking over the show. The show went to break after a commercial - Sales was off the air, replaced without comment or explanation by program director Dale Parsons. Soupy would not return to the air.
Posted 2:59:00 AM