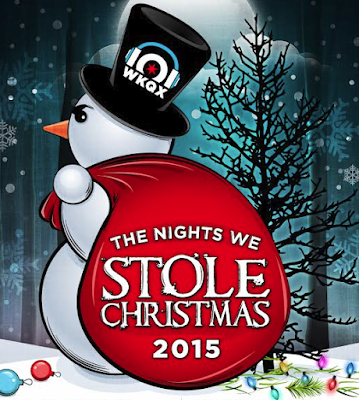 Cumulus Media announces that WKQX 101.1 FM Chicago’s four-day multi-artist alternative rock Christmas event, the “The Nights We Stole Christmas” will be presented at the Aragon Ballroom on December 3-6, 2015. Tickets go on sale to the general public on Friday, October 23, at 10:00 a.m. via Ticketmaster.

For those who are signed up as 101WKQX “Junkies”, there will a ticket pre-sale offered beginning tpday through Thursday night at 10:00 p.m. with a limited number of tickets offered at a $10 off discount. Junkies must log in to www.101wkqx.com to receive the presale password.

In 2014, The Nights We Stole Christmas featured two shows, with Rise Against and Walk The Moon headlining. Both shows were sold out.

WKQX Promotion Director, Jeannine Moose said: “With line-ups like this, a historic venue like the Aragon, and the holiday spirit in the air, we are expecting some of the best concerts of 2015!”

The line-up for 101WKQX’s “The Nights We Stole Christmas” is: