After this week's debut and throughout the season, a new edition of Basketball and Beyond will air every Thursday (6:00 pm ET) on SiriusXM College Sports Nation, which is available nationwide on satellite radios (channel 84) and on smartphones via the SiriusXM app.  Episodes are also available to subscribers through SiriusXM On Demand. 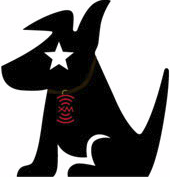 Basketball and Beyond is entering its 11th season on SiriusXM and features Coach K and co-host Dave Sims interviewing successful people from many different walks of life, including  sports, pop culture, politics and more.  Some of the high profile guests who have joined Krzyzewski on the program over the years include NBA Commissioner Adam Silver, General Martin Dempsey, actor Rob Lowe, fellow coaching greats Bob Knight, John Madden, Pat Summitt, Joe Torre, Bill Belichick and many others.

"We are excited for another great season of Basketball and Beyond with Coach K on SiriusXM," said Scott Greenstein, SiriusXM's President and Chief Content Officer.  "Every year, all season long, Mike draws interesting guests and delivers insightful and entertaining radio to our listeners. This week, when he talks with two leaders of the pro and college games, will be another fine example."
Posted 3:10:00 AM