In 1937...the radio classic, “Big Town“, made its debut on CBS radio. Star reporters at the Illustrated Press, Steve Wilson and Lorelei Kilbourne, were played by Edward G. Robinson and Claire Trevor. In 1942 they were succeeded by Edward Pawley and Fran Carlon, who carried the show for most of its 14 year run.


In 1953...Julius LaRosa was fired live on-air by Arthur Godfrey. 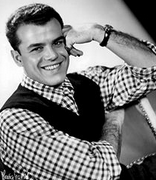 La Rosa was on Godfrey's shows from November 19, 1951 to October 19, 1953. When Archie Bleyer, Godfrey's bandleader, formed Cadence Records in 1952, the first performer signed was La Rosa. Cadence's first single, which was also La Rosa's first recording, was "Anywhere I Wander." It reached the top 30 on the charts, and his next recording, "My Lady Loves To Dance", was a moderate success.

After La Rosa's third recording, and a dispute with Godfrey over his failure to attend a Godfrey-mandated dance class required of all cast members, La Rosa hired his own agent and manager: Tommy Rockwell.

With hit recordings and his appearances on Godfrey's shows, La Rosa's popularity grew exponentially. At one point, La Rosa's fan mail eclipsed Godfrey's. A year after La Rosa was hired, he was receiving 7,000 fan letters a week.  Godfrey did not react well to LaRosa hiring Rockwell as his manager. After consulting with CBS President Frank Stanton, on the morning of October 19, 1953 (in a segment of the show broadcast on radio only), after La Rosa finished singing "Manhattan" on Arthur Godfrey Time, Godfrey fired La Rosa on the air, announcing, "that was Julie's swan song with us." La Rosa tearfully met with Godfrey after the broadcast and thanked him for giving him his "break".


In 1958...Brenda Lee, still weeks short of her 14th birthday, recorded a Johnny Marks song destined to become a seasonal classic, ‘Rockin’ Around the Christmas Tree.’ Floyd Cramer played piano for the Nashville session, Boots Randolph was on sax.

In 1975...radio innovator & writer Phillips H. Lord died at age 73.  In the 1920′s he created & acted the character Seth Parker in a program of rural humour & music.  It became a weekday feature of NBC.  In the 1930′s he created Gangbusters, a violent weekly show based on actual crime cases, which ran first on NBC, then CBS and  various networks for 21 years.  His other major success, Mr. District Attorney, ran 13 years..

Jesse Granderson "Grant" Turner was born May 17, 1912 in Baird, Texas, near Abilene. In 1928, while in high school, he performed as Ike and His Guitar announced for Abilene, TX. Turner majored in journalism at college and worked for Texas and Louisiana newspapers during the 1930s, but he returned to radio announcing in 1940 at KFRO in Longview, TX., before joining a station in Sherman, TX.

In 1942, he moved to Knoxville, TN.. Turner rode an all-night bus to Nashville and auditioned for WSM, where he joined the staff on June 6, 1944, which was D-Day, the day the Allies invaded Europe in World War II.

He first announced early-morning programs, but a few months later joined George D. Hay's staff of Saturday night Grand Ole Opry announcers. Turner became announcer for R. J. Reynolds's NBC network half hour of the Grand Ole Opry, in the late 1940s: the Prince Albert Show, piped weekly to some 170 stations and some 10 million listeners by 1953. In the early 1950s he hosted WSM's Mr. DJ, USA program, featuring guest DJs from around the nation, and in the mid-1950s became the third regular announcer for Ernest Tubb's WSM Midnight Jamboree, a job he held until 1977

Turner for years hosted the pre-Opry Grand Ole Opry Warmup Show-spinning records and taking requests on the Opry House stage. He worked the Friday and Saturday night Opry shows, besides the summer matinees, until the night before he died. Grant Turner was one of three original members to be inducted into the Country Music D J Hall of Fame in 1975. He was elected to the Country Music Hall of Fame in 1981. 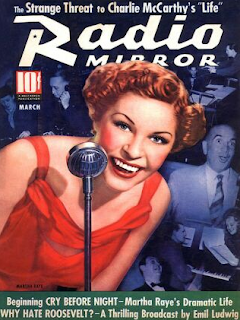 In 1994...comedienne/singer/actress Martha Raye died after a lengthy illness at age 78. The big-mouthed comic appeared with Al Jolson on radio, and had her own weekly TV series 1954-56. Thereafter she was a frequent guest on numerous TV variety shows. 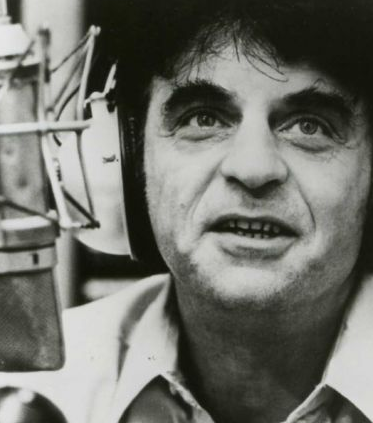 Born in Utica as Joseph Charles Motto, he became well known during the 1960s as a disc jockey at Albany-Troy giant WPTR 1540-AM. Brannigan was going by the name Ronny Victor at a Buffalo radio station when he landed the job at WPTR during the early 1960s.

In a 1998 interview, Brannigan said he was trying to think of a new name for the Capital Region market when he tuned in his new employer and learned his stage identity had already been chosen. “I heard this jingle that said ‘Boom Boom is coming’ and then there would be this sound of drums,” he said.Brannigan remained at WPTR until 1975, when the popularity of disc jockey-driven rock ’n’ roll had been replaced by album-oriented rock formats and talk radio.

Later, he would buy small radio stations like WKOL in Amsterdam and WSCG in Corinth
and turn them into more prosperous businesses.

Brannigan had chances to move to bigger broadcasts in New York City and Philadelphia to compete against national talents such as Dick Clark and Wolfman Jack, but Brannigan didn’t want to move.
Posted 2:59:00 AM