Jay Leno Talks About The Candidates 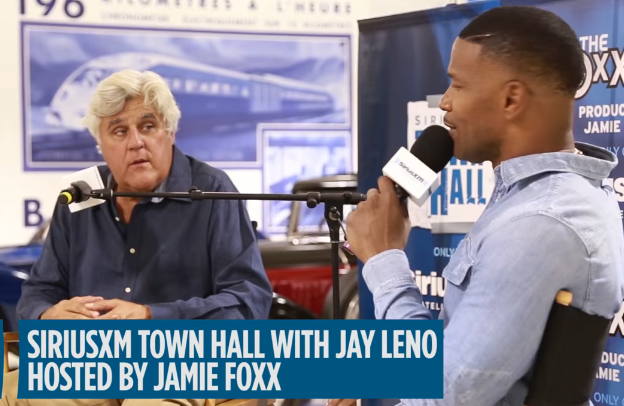 During a recent SiriusXM Town Hall session hosted by Jamie Foxx and held at Jay Leno’s Burbank, Calif. automotive HQ, the comedian suggested that the Jeb Bush-Donald Trump showdown is “kind of like the race between the tortoise and the bad hair.”

The former Tonight Show host also had some pretty good lines about Hillary and Bernie Sanders.