FCC Issues Plan To Revitalize The AM Band 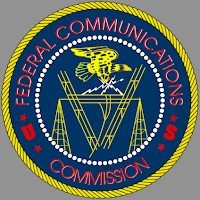 The FCC has formally taken action in its efforts to revitalize the AM band.  The commission has released the long-awaited AM Radio Revitalization Report and Order

RadioWorld reports the FCC seeks to reform several of the technical rules pertaining to the AM band, including:
NAB Executive Vice President of Communications Dennis Wharton issued a statement saying it's a "great day for AM radio""


"This is a great day for AM radio and for millions of listeners across America. For decades, AM radio has been a critical source of information, entertainment and lifeline programming for local communities. We are particularly grateful to Commissioners Pai and Clyburn, who have both championed AM radio and worked hard to find ways to improve its reach, and to the Media Bureau for taking important steps to improve and expand AM radio service. NAB also salutes Chairman Wheeler, who worked with his colleagues to develop a comprehensive proposal to address this important issue."