Amazon CEO Jeff Bezos Makes $5B In One Day 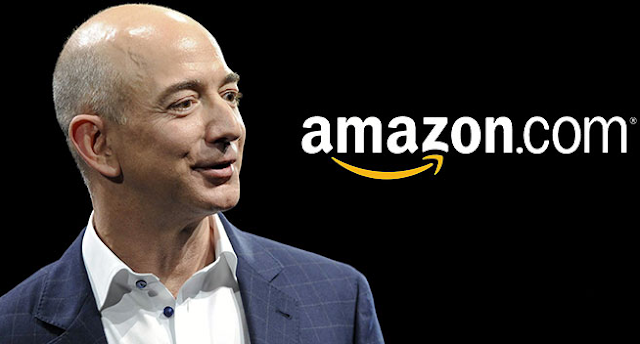 Amazon's third-quarter earnings report was an overall beat, with shares up almost 11% in after-hours trading, nearly double where the company was last year.

As a result, Bezos has added $5 billion to his personal wealth, making his net worth more than $55 billion, according to Bloomberg.

Business Insider reports, the only two Americans richer than Bezos are Bill Gates and Warren Buffett.

It also makes Bezos the fifth-richest person in the world. For reference, Bezos was No. 20 on the Bloomberg Billionaires' List at the beginning of the year.

Amazon, a company known for growing its business at a loss, has now had two consecutive quarters with a profit. In the second quarter, Amazon reported net income of $92 million, or an earnings per share of $0.19
Posted 4:14:00 AM