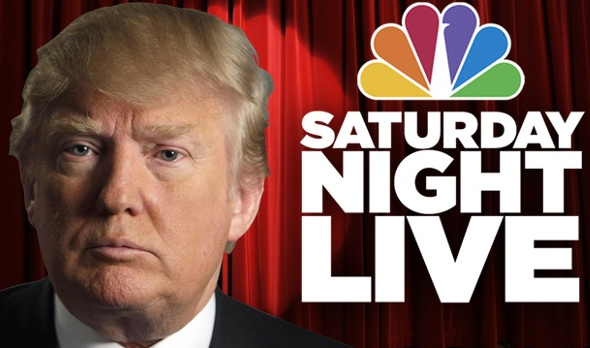 Donald Trump believes there is zero chance he will be dropped from his Saturday Night Live hosting gig next month, despite a growing number of protesters demanding NBC take action. During a Monday phone interview on Fox And Friends, the GOP frontrunner said the viewership for his Nov. 7 episode of SNL will be massive and NBC knows it.

In a letter to NBCUniversal CEO Stephen Burke and SNL creator Lorne Michaels, the National Hispanic Leadership Agenda slammed NBC's decision to invite Trump to host as "nothing less than a ratings ploy" and demanding that it drop him from the show, reports Politico.

The Republican presidential contender said he doesn't "see that at all" happening and said he believes he has a better relationship with Hispanics in the U.S. than the Hispanic advocacy groups that are calling on NBC to cancel his appearance. Trump this summer called undocumented Mexican immigrants "rapists" and "killers" as he launched his presidential bid, quickly drawing a mixture of ire and support as he pushed on with his presidential campaign.

"These groups are out for themselves," Trump said Monday morning on Fox News, before adding that he is "leading in the polls with Hispanics" and has "thousands of Hispanics who work for me."
Posted 11:23:00 AM