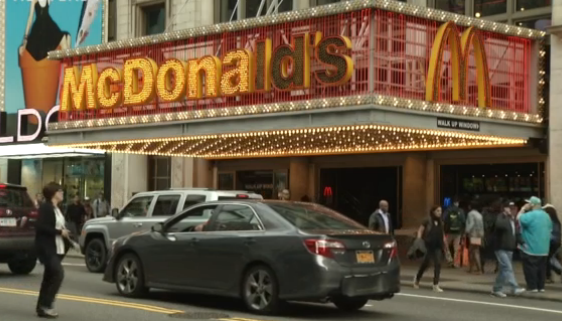 Global sales at established restaurants were up a much better-than-expected 4 percent in the third quarter, ending six straight quarters of flat or falling results. And, Easterbrook said, the trend would continue in the current quarter. 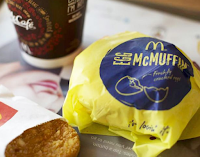 Shares of the world's biggest restaurant chain by sales jumped more than 8 percent to a record $110.88 in early trading as a renewed focus on value and service helped business around the world.

"The progress we have made in a short amount of time gives me confidence we're making the right moves to turn around our business and reposition McDonald's as a modern, progressive burger company," Easterbrook said on a conference call with analysts and investors.

The United States, McDonald's No. 1 market for profit, reported a surprise 0.9 percent increase in sales at restaurants open at least 13 months. McDonald's said a new Premium Buttermilk Crispy Chicken Deluxe sandwich and its decision to swap butter for margarine on its Egg McMuffins helped the division break a two-year streak of quarterly sales declines.

On Thursday, Easterbrook said winning back customers remains a top priority in the United States, where competition is fierce and speed is key.