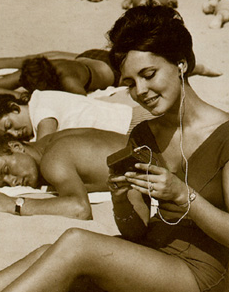 Arthur and Barbara Sheridan, an Illinois couple who owned several doo-wop, jazz and R&B recording companies in the 1950s and 1960s, have filed two putative federal class actions in New Jersey against Internet and satellite radio providers iHeartMedia Inc., Sirius XM Radio Inc. and Pandora Media Inc., over allegedly unpaid royalties and unauthorized use of pre-1972 recordings, according to the NJ Law Journal.

The fight over royalties for music recorded before Feb. 15, 1972, which are not mandated under the federal Copyright Act of 1976, has made national headlines recently: In June, Sirius XM agreed to pay $210 million to several major record labels to settle a dispute over pre-1972 royalties and media reports said Pandora is preparing to settle with major labels over the same issue for $90 million.

Federal courts across the country have split on whether royalties are due on pre-1972 recordings under their respective states' laws. In related cases filed against Sirius XM by members of the 1960s band The Turtles, federal judges in New York and California found in favor of the plaintiffs earlier this year. But a federal judge in Florida found against the plaintiffs, saying state law did not entitle pre-1972 copyright owners to pursue damages for unpaid royalties.

In a pair of suits filed Oct. 19 in the U.S. District Court for the District of New Jersey—one against iHeartMedia, which operates the iHeartRadio Internet radio service, and the other against both Sirius XM and Pandora—the Sheridans are seeking damages under New Jersey state law on behalf of themselves and similarly situated copyright holders.

Both suits allege the defendants "profit handsomely by advertising and offering these sounds to the public," but have failed to obtain permission to use pre-1972 recordings or to pay royalties on them.

The Sheridans have filed similar suits against iHeartMedia in federal courts in Illinois, California and Georgia, and against Sirius XM and Pandora in New York.
Posted 5:17:00 AM