In 1899...DeForest sought employment with Marconi.

Lee de Forest (August 26, 1873 – June 30, 1961) was an American inventor with over 180 patents to his credit. He named himself the "Father of Radio," with this famous quote, "I discovered an Invisible Empire of the Air, intangible, yet solid as granite."

In 1906 de Forest invented the Audion, the first triode vacuum tube and the first electrical device which could amplify a weak electrical signal and make it stronger. The Audion, and vacuum tubes developed from it, founded the field of electronics and dominated it for forty years, making radio broadcasting, television, and long-distance telephone service possible, among many other applications. For this reason de Forest has been called one of the fathers of the "electronic age". He is also credited with one of the principal inventions that brought sound to motion pictures.

He was involved in several patent lawsuits, and spent a substantial part of his income from his inventions on legal bills. He had four marriages and 25 companies. He was indicted for mail fraud, but later was acquitted.

De Forest was a charter member of the Institute of Radio Engineers. DeVry University was originally named De Forest Training School by its founder Dr. Herman A. De Vry, who was a friend and colleague of de Forest.


In 1943...singer Kate Smith ended her War Bond radio appeal. She had been on the air for 13 continuous hours and collected $39 million in bond pledges.

The Kate Smith Hour was a leading radio variety show, offering comedy, music and drama with appearances by top personalities of films and theater for eight years (1937–45). The show's resident comics, Abbott and Costello and Henny Youngman, introduced their comedy to a nationwide radio audience aboard her show, while a series of sketches based on the Broadway production of the same name led to The Aldrich Family as separate hit series in its own right in 1940.


In 1957...the CBS Radio Workshop was silenced after 18 months of what the critics said was ingenious radio programming. 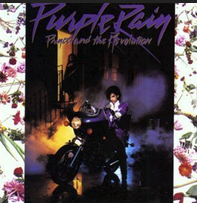 In 1984...The Album Charts...Prince made it eight weeks at #1 on the album chart with Purple Rain, holding off Bruce Springsteen's Born in the U.S.A. again.  Huey Lewis & the News were still at #3 after 51 weeks with Sports.  Tina Turner remained at 4 with Private Dancer and the Cars' great album Heartbeat City was at #5.  That is as fine a Top Five as you'll ever see.

The rest of the Top 10:  Julio Iglesias with 1100 Bel Air Place, Lionel Richie and Can't Slow Down at #7, Ratt's Out of the Cellar, the Soundtrack to "Ghostbusters" at #9 and the Pointer Sisters entered the list with Break Out.


In 1988...as part of a complex transaction, 103.5 WQHT and 97.1 WYNY switched frequencies. WYNY continued to play country music at the new frequency until February 1996. Then the station was sold, the format changed to dance-based CHR, and the call letters changed to WKTU.


In 1989...Irving Berlin, one of the greatest songwriters in American history, whose "White Christmas" is one of the top-selling singles of all-time, died in his sleep at the age of 101 in New York City.

"God Bless Ameria" was also written by Berlin in 1918, he filed it away until 1938, when Kate Smith's manager asked Berlin if he had a patriotic song Smith might sing to mark the 20th anniversary of Armistice Day, celebrating the end of World War I. According to author Sheryl Kaskowitz, who wrote a book about the history of the song,  not only was Smith looking for a song to remember veterans of that war, but she was also hoping that there would not be another war, seeing that hostilities and war "tensions in Europe were escalating."  It was "a simple plea for divine protection in a dark time—a plangent anthem in just 40 words," adds film writer Richard Corliss.

Berlin's daughter, Mary Ellen Berlin-Barrett, states that the song was actually "very personal" for her father, and was intended as an expression of his deep gratitude to the nation for merely "allowing" him, an immigrant raised in poverty, to become a successful songwriter. 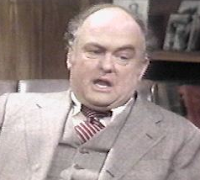 
In 2004…CBS-owned TV stations were fined a total of $550,000 by the Federal Communications Commission for showing Janet Jackson's exposed right breast during the Super Bowl halftime show. The U.S. Court of Appeals for the Third Circuit later voided the fine ruling that the broadcast was legal under the FCC's then-current policy of allowing "fleeting" indecency on the airwaves. 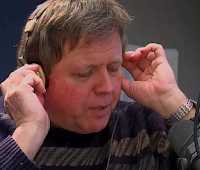 Collier was best known for his many years at radio stations WGAR (AM) and WGAR-FM.  He began his broadcasting career shortly after college, bouncing between jobs in Cincinnati, Dayton, and New York City. He came to Cleveland in 1970, where he worked for WGAR 1220 AM, and later its sister station, WGAR 99.5 FM. He served the latter part of his tenure as music director/afternoon drive DJ.

After 41 years in the Cleveland radio market, Collier died of a heart attack.

In 2012...Howard Scott, sound engineer and producer who helped introduce the long-playing vinyl record in 1948, and was a producer with Columbia, Sony and MGM, died of cancer in Reading, Pennsylvania at age 92.
Posted 2:59:00 AM