Trump, Fox News Feud Back On 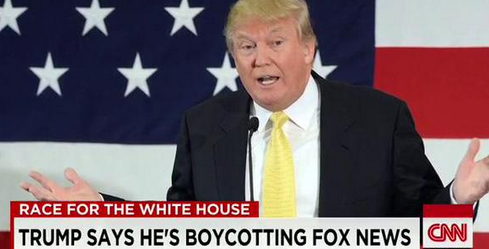 The Donald tweeted on Wednesday that he would no longer go on the cable news channel for the "foreseeable future."


.@FoxNews has been treating me very unfairly & I have therefore decided that I won't be doing any more Fox shows for the foreseeable future.
— Donald J. Trump (@realDonaldTrump) September 23, 2015


Once kindred spirits of the more vocal precincts of the Republican party, Trump and Fox News have been on the outs ever since the first Republican debate, in which he took issue with the questions and tone of the moderators. One of those moderators was Megyn Kelly, among the most popular and visible of the Fox News personalities, with whom Trump publicly feuded.

Fox News, for its part, issued a dry statement in response.