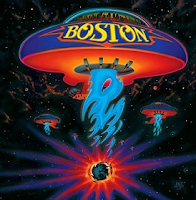 A federal judge on Monday dismissed most of a lawsuit in which Tom Scholz, the founder of the rock band Boston, accused former bandmate and guitarist Barry Goudreau of trademark infringement over the use of the band's name.

Goudreau played on Boston's self-titled 1976 debut album, which sold more than 17 million copies and contained the song "More Than A Feeling," and the 1978 follow-up "Don't Look Back."

Scholz accused him of repeatedly violating a 1983 agreement over royalties that let Goudreau use the phrase "formerly of Boston" in marketing. He said Goudreau was instead advertised as an "original" Boston member, "playing the hits of Boston" and "lead guitarist rock legend from the band Boston."

U.S. District Judge Denise Casper in Boston dismissed 11 of Scholz's 13 claims. She said Goudreau "has not directly infringed Scholz's trademarks" in marketing his performances, and that his website was unlikely to confuse viewers.

She let Scholz pursue two claims over Goudreau's work with the band Ernie and the Automatics, including whether Goudreau had "direct control and monitoring" over promotions.

Goudreau's lawyer, Joe Messina, said "we are very pleased" with the decision, and that he expects his client will have no liability on the two surviving claims.

In August 2013 a federal judge in Seattle rejected Scholz's effort to stop two other onetime bandmates, Fran Cosmo and his son Anthony, from marketing themselves as former Boston members. That lawsuit was later amended, and ultimately dismissed.
Posted 3:51:00 AM