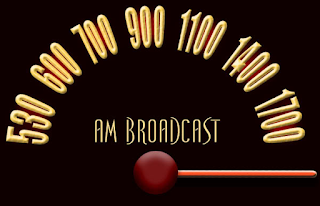 Two former FCC commissioners — one from each major political party — are urging the commission to let more U.S. AM radio stations apply for FM translators. Separately, NAB attorneys met last Friday with FCC staff to press the case and also push back on the notion that a translator window may constitute free spectrum for AM operators.

RadioWorld reports Former Acting Chairman Michael Copps, a Democrat, and former Commissioner Robert McDowell, a Republican, wrote a Op-Ed piece for The Hill. They said the FCC should follow through with the proposal to open a translator application window, an idea that Chairman Tom Wheeler has met with skepticism.

“Since the FCC first allowed AM stations to use translators in 2011, about 20 percent of AM stations have been able to find, buy and use an existing translator to improve their service, and in turn, cement their financial footing — a development the FCC has called an ‘unqualified success,’” Copps and McDowell wrote, urging the commission now to expand that as part of its AM revitalization program.

“Any other steps the FCC may take to help AM radio, no matter how well intentioned, would be relatively small change compared to an AM-only translator window, and do little to meet the FCC’s expressed goal of revitalizing AM radio.”

The National Association of Broadcasters circulated the Copps/McDowell commentary to media outlets and issued a statement from Executive Vice President of Communications Dennis Wharton:

“NAB hopes the chairman will listen clearly to the bipartisan calls from past and current FCC members calling for meaningful revitalization of AM radio.” NAB cited recent news reports indicating that Wheeler “is the only FCC commissioner who opposes this exclusive application window.”