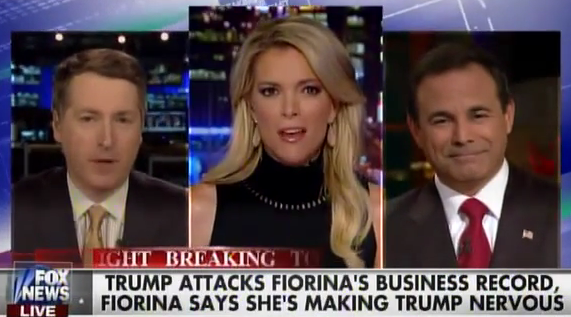 Donald Trump is still refusing to appear on the Fox News Channel -- but apparently his self-imposed boycott doesn't prohibit watching the channel's shows.

"Let's be honest: Carly cut his balls off with the precision of a surgeon -- and he knows it," Lowry said on The Kelly File.

.@FoxNews owes me an apology for allowing clueless pundit @RichLowry to use such foul language on TV. Unheard of!
— Donald J. Trump (@realDonaldTrump) September 24, 2015


Trump won't have much luck getting Lowry to pay up for his anatomical comment, as the Federal Communications Commission only polices indecent programming on radio and television -- not cable television, where viewers have greater control over their programming options.
Posted 5:09:00 AM