From tuning radio dials during a morning commute to peeking at fantasy football statistics over a lunch break at work, consumers have a platform preference depending on the time of day according to Nielsen’s Q2 2015 Total Audience Report.

The report found that, as consumers’ media palate ebbs and flows throughout the day, so too does the share of consumers' time on these different devices. For example, during the weekdays, radio usage is greatest between 6:00 a.m.-6:00 p.m., with a 40% device share during the heaviest usage hour at 7:00 a.m.—surpassing even television. However, between 6:00 p.m.-6:00 a.m., television accounts for at leasthalf of all media use, peaking at 9:00 p.m. when it makes up almost two-thirds of the total audience. 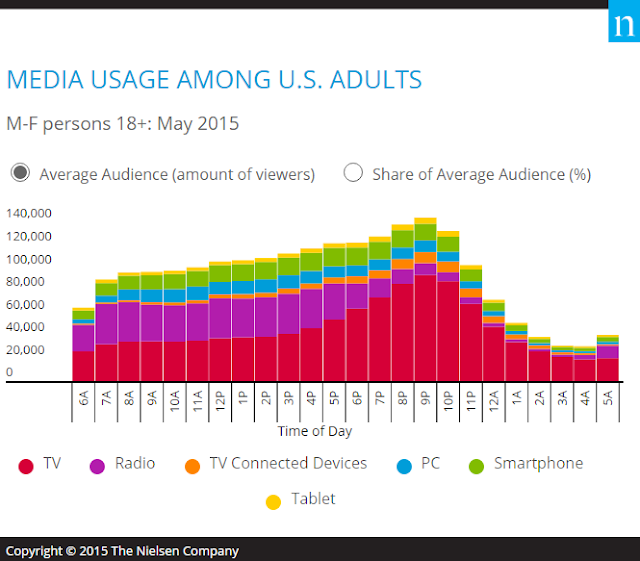 Between 6PM-6AM, TV accounts for at least half of all media use. 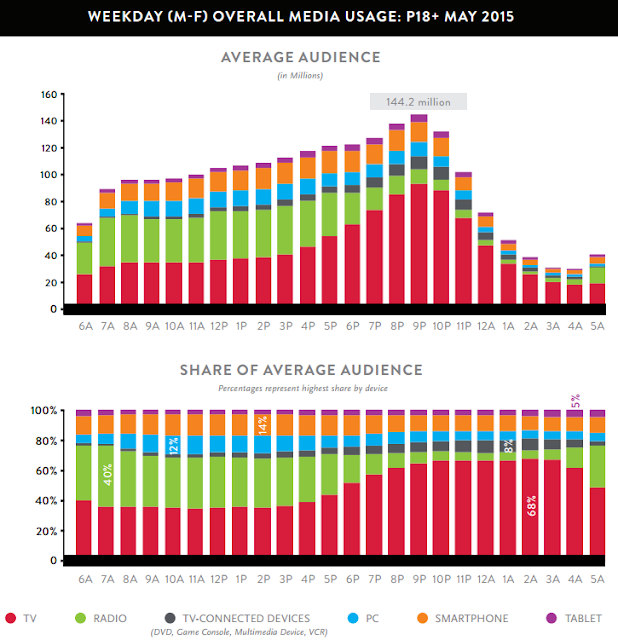