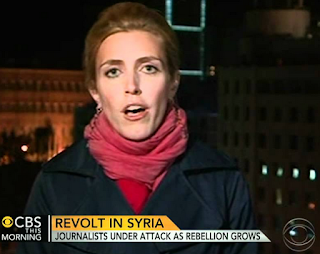 Award-winning journalist Clarissa Ward is leaving CBS News for CNN, where she'll serve as a senior international correspondent based in London.

Ward, 35, won Peabody, DuPont and Edward R. Murrow awards for her reporting on Syria's civil war while with CBS — but she said the opportunity to go to CNN was too good to pass up.

"CNN is, simply put, the most important name in news," Ward said in a statement. "No other organization has the same scope and depth and recognition across the world."

The move is a major loss for CBS.