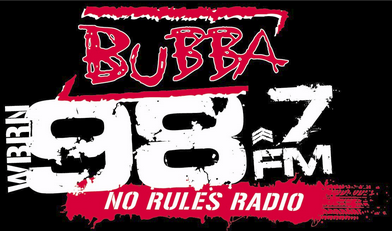 Beasley Media Group is investigating Tampa Bay radio personality Bubba the Love Sponge.   Clem is being investigated in connection with allegations of ratings tampering scheme.  Both Nielsen and Beasley Media confirmed the investigation in separate statements.

"We have been made aware of the allegations and are in the process of investigating," Soni Diamond, a Beasley spokeswoman, said in a prepared statement. "We have no additional comments at this time."

The Nielsen company also said Friday that it knew of evidence of attempted ratings distortion in the Tampa Bay market, but did not offer any details specific to Clem's circumstances.


"We became aware of evidence of attempted ratings distortion activity in the Tampa market. We are working to resolve this issue and will provide additional details when they become available. Nielsen is committed to maintaining the highest standards of data integrity and acts swiftly to ensure that those standards are upheld."

The Beasley group, which is based in Naples, FL owns 53 radio stations in 12 markets. Clem joined Beasley earlier this year when it introduced a format switch to WHFS 98.7 FM and a change in call letters to WBRN.

Typically, occurrences of ratings violations can include, among others, buying information off the diarykeepers or asking them to misrepresent their actual experiences, according to the Nielsen Diary Rating Distortion and Rating Bias Handbook.

Nielsen calculates its ratings by putting listening devices that look like pagers called "portable people meters" on people in a household. Each person represents thousands of listeners in a given market. Those people are meant to be kept secret, and the panelists are changed every 18 months to avoid unusual behavior. 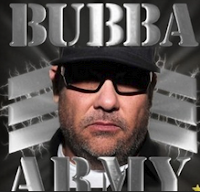 In many cases of ratings fraud, the identity of someone in the Nielsen sample is compromised and they are induced to tune into a specific program or station more than normal, Mary Beth Garber, executive vice president of marketing strategy for Katz Media Group told the Associated Press.

Clem was not on-air during his popular male-oriented show Friday. He told WTVT-TV13 that it was due to injuries sustained during a fall. It was unknown whether Clem would remain on air as the investigation continues.

Beasley owns six radio stations in the Tampa market, following a station-swap deal last fall with CBS Radio. Its WBRN-FM, was switched in February to a new format based around Clem's personality. It's called "Bubba 98/7, No Rules Radio"; Clem hosts the morning show and picks the music content and personalities for the rest of the broadcast day.

He is best known nationally for secretly recording a sex tape between his then-wife Heather Clem and pro wrestler Hulk Hogan. Hogan is currently involved in a lawsuit vs. the Gawker website over the video.

Clem was acquitted in 2002 of animal cruelty charges following an February 2000 on-air slaughter of a pig.

He was fired in 2004 by Clear Channel after the Federal Communications Commission proposed a $755,000 fine for segments of Clem's show. At the time, it was the single largest fine ever proposed for indecency.

His syndicated show was dropped by its Orlando affiliate in March 2015 after a two month run due to anemic ratings.
Posted 6:44:00 AM