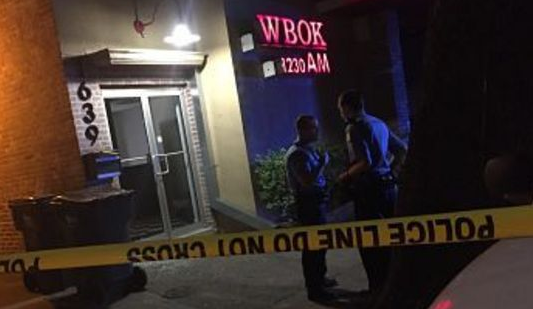 NOLA -- A gunman shot his way into New Orleans radio station WBOK 1230 AM on Friday night. No one was injured in the incident, which left a man under arrest.

According to the police report, WBOK board operator Kendall "Jazz" Williams said about 9:30 p.m. Friday he heard a popping sound and saw a gunman in his doorway. Williams said he called police, who responded, but initially said they didn't find anyone in the building.

About an hour later, however, Williams said he and his co-workers found bloody footprints and realized the suspect was still inside the building.

An NOPD officer apprehended the man, identified as Rance Dunbar, 33. According to the NOPD, he's booked with criminal trespass and could face additional charges.
Posted 3:05:00 AM