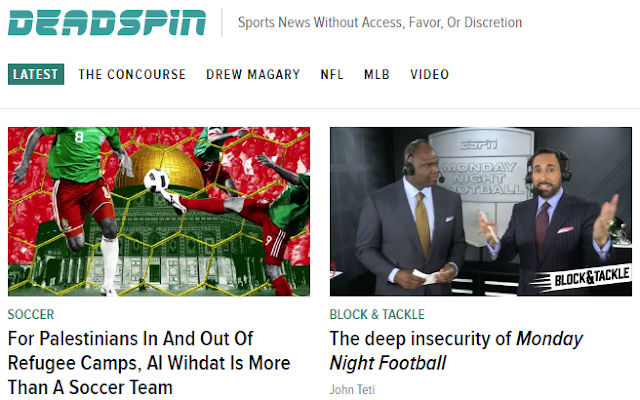 The sports website Deadspin lost all of its editorial staff last week in an exodus that complicates its new owner’s effort to turn around the former Gawker Media properties acquired a little over six months ago.

The Wall Street Jorunal reports the new parent company, G/O Media Inc., which comprises about a dozen sites including Gizmodo and the Onion, intends to rebuild the sports site after its entire staff of around 20 writers and editors walked out, a spokesman said.

The spokesman said the company expected the resignations to have little impact on ad revenue. Deadspin is G/O’s second-largest property by traffic behind Gizmodo, according to Comscore.

The resignations marked the culmination of a struggle between the writers and managers since New York-based Deadspin and other websites were acquired in April by the private-equity firm Great Hill Partners from Univision Communications Inc.

Among the points of contention was an instruction for Deadspin’s writers to “stick to sports” and stop writing about unrelated subjects. Earlier this week, the company fired a Deadspin editor, leading to the resignation of the staff.

The site’s editorial staff joined a union in 2015.

G/O said in late September that the group of sites had posted a quarterly operating profit for the first time since 2015. Since the acquisition, the G/O spokesman said the company has cut costs by moving out of its Union Square offices in New York and relocating to near Times Square. The spokesman added that the company reduced staff and its freelancing budget.
Posted 1:09:00 AM